Billy Stritch: I’ve Got Your Number – The Jazz of Cy Coleman.

Billy Stritch: I’ve Got Your Number – The Jazz of Cy Coleman. Great interview with Liza Minnelli’s pianist Billy Stritch, which is followed by a quick review after seeing his show at The Crazy Coqs. Talked about the art of cabaret and difficulties of being a performer. He was generous and open. 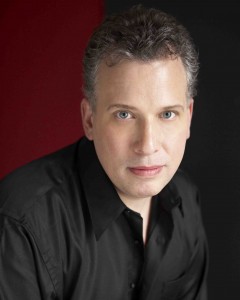 It was a great pleasure to talk to jazz cabaret artist Billy Stritch about the art of cabaret in general, and his forthcoming show at the Crazy Coqs “I’ve Got Your Number – The Jazz of Cy Coleman“.

Stritch has been performing as a piano player since very young, when he was considered a progeny. However, he knew from the start that the classical route was never going to be right for him…”…too disciplined, too much practice! I saw other children stuck in small rooms practising several hours a day, and that’s no life. That’s no fun!”

By the age of 8, he was picking up tunes by ear and by 10, he was joining with friends and stood out as a young talent. The recognition continued throughout high school, where others excelled in sport etc, whilst he gained popularity and status through his music.

And yet, his tastes certainly did not co-incide with his peers. Whilst they were getting into heavy metal, and being based in Texas, Country and Western, he was “the weird one” enjoying Tony Bennett, Ella Fitzgerald and Nat King Cole (his grandmother gave him an album). “It was this music, the Great American Songbook, that really resonated with me, and where I knew I could bring my talent to.”

Given the burgeoning interest in cabaret in London, and the current debate about what it is, I asked him what the term ‘cabaret’ means to him, and what he saw as the most important elements.

He pointed out that the arguments are not new, and he has been hearing them for over 30 years, but for him..

“Cabaret is any place where there is an intimacy and immediacy with the audience. This can embrace both musicians and vaudeville and specialty acts. It’s not really about the style. For me, it’s about the venues…once a venue seats over 200, it’s really not cabaret any more…and yet, Liza Minnelli (for whom he plays regularly) tells stories through songs with a very theatrical style, which can also be called cabaret, though she performs in very large arenas, so it’s hard to answer.”

We talked about some of the difficulties of performing life, such as rejection and emotional and financial insecurity, and he was open and generous in his comments.

“Unlike a lot of my actor friends, I don’t have to face the issue of rejection often. They are always putting themselves out there at auditions and I can’t see how that could get any easier! For myself, I am unique in what I do, and so people either want to hire me, or not.”

He has learned to live with financial uncertainty, and not to worry too much about it. “In November, I’ll be looking at my calendar and it will be looking pretty empty, but then things seem to happen and things come in. Between shows, writing arrangements and accompanying other artists, there always seems to be enough. It’s never steady. There are times when it’s crazy, and times when things are not so flush, and you have to plan for that and manage your money for those times, but this is never going to change. I can’t afford to retire, but why would I want to? I love what I’m doing!”

With regard to emotional insecurity, his answer is equally sang-froid.. “This also never ends. Each time I do a new show, I have to sell myself all over again- to new venues, new cities and new people who may be aware of you, but not be very familiar with what you do. It’s not always pleasant, and not my favourite part of it, but very famous people also have to do this, to keep selling themselves, It’s just part of it, and I do what I have to. The bottom line is I feel just so lucky and fortunate to have a talent and can do something I love.”

Stritch has performed several times in London, both as Liza Minnelli’s accompanist and as part of a vocal group called Montgomery, Plant and Stritch. They performed an eclectic mix of jazz, Broadway and comic material in Pizza On the Park and The Ritz, and he has always loved coming here.

He is to premier his show on Cy Coleman at the Crazy Coqs next week, a venue he feels will suit his style perfectly, being small and intimate and where he can see the faces of his audience. After the vocal group broke up, he moved to New York where Liza Minnelli introduced him to Julie Styne, Cy Coleman and other great composers. Coleman became something of a mentor to Stritch, inviting him to spend afternoons at his East Side home playing songs to one another and discussing music.

“I have always loved Broadway shows and Cy was the jazziest of the Broadway composers, which suited my talent very well.” He also wrote a number of pop songs in the ‘60’s, such as “The Best is Yet to Come” and “Witchcraft”, as well as show tunes that crossed over into becoming standards e.g. “Hey, Look Me Over”, and “I’ve Got Your Number from “Little Me”.”

Coleman wrote right up into the 1990’s until his unexpected demise, but Stritch’s show will concentrate mainly on the works Coleman produced in the earlier part of his career in the ‘50’s and ‘60’s, which have the most jazz feel and where Stritch feels he can best pay tribute. He has a good relationship with Coleman’s publishers and has gained access to some unpublished and unrecorded works, so there will be some surprises as well as the standards. He does not follow strict chronological order, nor does he like to give too much explanation, preferring to let the songs speak for themselves.

I saw the show and it was every bit as good as promised.

Cy Coleman isn’t all that well known here, though there has been a bit of a revival of his work recently , not least with a lovely production of “Little Me” at The Rose and Crown. Therefore, much of the programme was new to most of the audience, not least because some of it is unpublished.

Although jazz is his favoured genre, Stritch paid great respect to the lyricists, of whom Carolyn Leigh is the most featured, and interpreted them in such as way that every nuance and double- entendre is teased out , sometimes directly, sometimes subtly.

It is hard to pick out stand-out items in such a universally solid programme, but my personal favourites were the crisp, yet touching humour of “Baby, Dream Your Dream”, the lazy and aching Peggy Lee song “I’m In Love Again”, featuring a superb bass solo by Dave Olney, and another Peggy Lee lyric, “That’s My Style”.

The performance was this show’s world premiere and I, for one, want the CD when it is recorded – I will listen often.

I am Fiona-Jane Weston and as well as being a performer myself (see website), I write reviews of and features on shows, mainly on the London cabaret and theatre scene. I have worked in theatre for many years, but decided to embark on a new direction in cabaret in 2009, when I produced 20th Century Woman: The Compact Cabaret. Not wanting to neglect my love of spoken word, particularly drama and verse, I made the conscious decision to include these elements in the programme, as well as wonderful songs, to tell the story of women's changing status and preoccupations throughout the 20th Century and up to now. I was invited to audition for the renowned Cabaret Conference at Yale, run by the late legendary Erv Raible, and that was thrilled to be one of only 26 accepted that year, where I was taught by the masters of the genre. Amanda McBroom (composer of the Bette Middler hit "The Rose" and the poignant "Errol Flynn"), Laurel Massé, original member of Manhattan Transfer, Sally Mayes, Tony Award nominees Sharon McNight and Tovah Feldshuh, and New York cabaret veteran Julie Wilson were all on the faculty. We were also treated to the musical direction of Alex Rybeck, Hubert Tex Arnold and the now late Paul Trueblood. With the benefit of their insightful teaching and great encouragement, I took my show to The Duplex in New York, where I was delighted with the response. Since then, I have produced Loving London: The Capital Cabaret, using the same format of songs, poetry and drama, in various London venues, including Leicester Square Theatre and The Crazy Coqs. 2014, the centenary of World War 1, saw the launch of Wartime Women: the Khaki Cabaret to a sellout house at St. James Theatre, London, garnering great notices, including from The Times and Musical Theatre Review. I have since been touring the show to Belgium and throughout the UK. I hope these reviews and interviews entertain and educate at the same time, and if please do leave comments in the box. It's great to engage in a conversation about the Arts. Fiona-Jane Weston
View all posts by Fiona Jane Weston →
This entry was posted in Cabaret Reviews, Features - Theatre and Cabaret News and tagged Billy Stritch, cabaret, cabaret reviews London, Crazy Coqs, Cy Coleman, Dave Olney, fiona jane weston, Liza Minnelli. Bookmark the permalink.

3 Responses to Billy Stritch: I’ve Got Your Number – The Jazz of Cy Coleman.