Billy Stritch at The Pheasantry

Billy Stritch is playing at The Pheasantry. Don’t miss him. 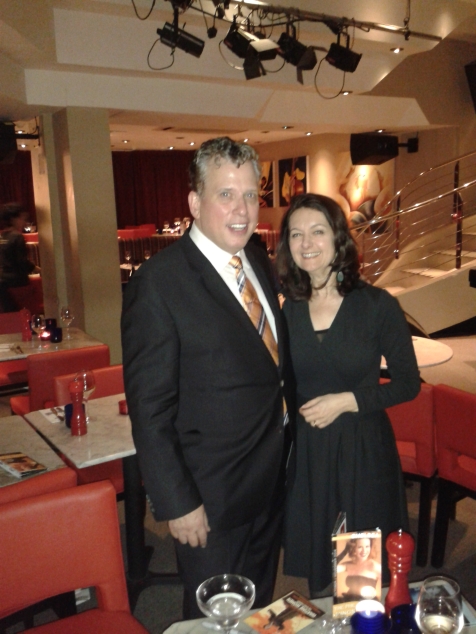 Billy Stritch, pianist to Liza Minnelli and lovely singer and performer in his own right, is currently playing a few nights at The Pheasantry.

I attended last night, not in an official capacity, but simply because the opportunity was too good to miss.  For anyone truly interested in the art of jazz cabaret, his work should be studied on their personally designed curriculum. His knowledge of his composers and lyricists, and execution of his craft are second to none. His style of both singing and piano playing are deceptively easy, seemingly like falling off a log.

I wrote up an interview I did with him last year, and you may want to have a look at that.  I talk about his early talent and musical education, and his association with Cy Coleman.

His current programme is an eclectic mix of his favourites rather than following a particular theme, yet hang well as set with variety in genre and movement in the emotional arc. Included were numbers by Jule Styne, Burton Lane and Antonio Carlos Jobim, as well as those who have been the subjects of his last two London shows, namely Mel Tormé and Cy Coleman.

The audience last night was greatly appreciative – and far too small.

Go and see him at the weekend.

I am Fiona-Jane Weston and as well as being a performer myself (see website), I write reviews of and features on shows, mainly on the London cabaret and theatre scene. I have worked in theatre for many years, but decided to embark on a new direction in cabaret in 2009, when I produced 20th Century Woman: The Compact Cabaret. Not wanting to neglect my love of spoken word, particularly drama and verse, I made the conscious decision to include these elements in the programme, as well as wonderful songs, to tell the story of women's changing status and preoccupations throughout the 20th Century and up to now. I was invited to audition for the renowned Cabaret Conference at Yale, run by the late legendary Erv Raible, and that was thrilled to be one of only 26 accepted that year, where I was taught by the masters of the genre. Amanda McBroom (composer of the Bette Middler hit "The Rose" and the poignant "Errol Flynn"), Laurel Massé, original member of Manhattan Transfer, Sally Mayes, Tony Award nominees Sharon McNight and Tovah Feldshuh, and New York cabaret veteran Julie Wilson were all on the faculty. We were also treated to the musical direction of Alex Rybeck, Hubert Tex Arnold and the now late Paul Trueblood. With the benefit of their insightful teaching and great encouragement, I took my show to The Duplex in New York, where I was delighted with the response. Since then, I have produced Loving London: The Capital Cabaret, using the same format of songs, poetry and drama, in various London venues, including Leicester Square Theatre and The Crazy Coqs. 2014, the centenary of World War 1, saw the launch of Wartime Women: the Khaki Cabaret to a sellout house at St. James Theatre, London, garnering great notices, including from The Times and Musical Theatre Review. I have since been touring the show to Belgium and throughout the UK. I hope these reviews and interviews entertain and educate at the same time, and if please do leave comments in the box. It's great to engage in a conversation about the Arts. Fiona-Jane Weston
View all posts by Fiona Jane Weston →
This entry was posted in Cabaret Reviews, News and tagged Billy Stritch, Cy Coleman, fiona jane weston, London cabaret, The Pheasantry. Bookmark the permalink.

1 Response to Billy Stritch at The Pheasantry