Julez Hamilton and Simon Loughton at The Crazy Coqs 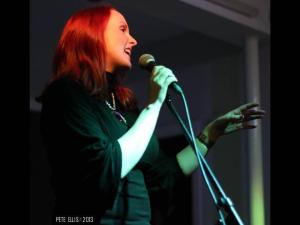 Julez Hamilton and Simon Loughton step in at the Crazy Coqs. Two performers to watch! 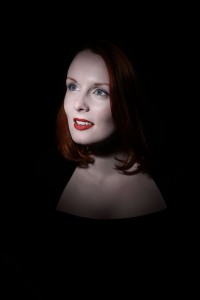 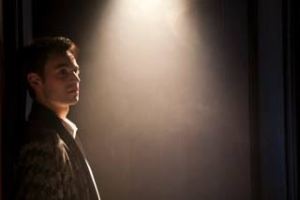 Julez Hamilton, a discovery from the Crazy Coqs Open Mic, was asked not long ago to step in to fill a slot when someone cancelled their Monday night booking.  A potentially tricky situation for a singer to find herself in, but soon afterwards Simon Loughton was also able to appear, making it a double-bill with Loughton taking the 1st half and Hamilton the 2nd, with the occasional duet.

Given the short notice, the show was surprisingly polished.  The shared theme was of moving to London – in Loughton’s case from Australia, and Hamilton hails from the wilds of respectable Gloucestershire.  They also shared excellent MD Theo Jamieson.

Loughton is a recent graduate from the Royal Academy of Music and this was his debut at Crazy Coqs.  He has a fine voice with clear diction in patter songs, and a pleasing manner.  His singing is smooth and relaxed, and he has a nice presence about him.
His set comprised of a selection of standards including A Foggy Day, What a Difference A Day Makes and Ev’ry Time We Say Goodbye, as well as faster paced numbers.

Although there was a good variety of material, the structure of his set would benefit from some attention.  We hear of the difficulties he and his wife encountered when they first arrived, but we need either a larger dose of humour or somehow some surprises to the litany of mishaps, and a greater sense of triumph in overcoming the obstacles.

His work would also be enhanced by carefully constructed and more concise patter. His anecdotes and links tended to ramble, taking too long to make his points, which were sometimes unclear.  Addressing these two detractions would settle the piece both for him as a performer and for us, and present him at his best.

Nevertheless, this young man has a lot to offer the cabaret world, and I look forward to seeing him in the future with a set where he has had more time to prepare.

Hamilton, by contrast, comes over as by far the more experienced performer, with a well-trained soprano voice, her work skilled and honed.  The structure of her set, though short, led logically through an emotional arc, telling us through song the true story of her desire as a naïve 18 year old drama student to fall in love, her affair with an actor who turned out to be married, the subsequent break-up and her eventual fulfilment.

Standout songs included Kurt Weill’s That’s Him, with Hamilton making good use of the lyrics, demonstrating dexterity in the list of descriptions, a surprise rendition of Puccini’s Quando M’en Vo, and a deft use of vocal qualities in Sondheim’s What More Do I Need? A very nice performance indeed.

I am Fiona-Jane Weston and as well as being a performer myself (see website), I write reviews of and features on shows, mainly on the London cabaret and theatre scene. I have worked in theatre for many years, but decided to embark on a new direction in cabaret in 2009, when I produced 20th Century Woman: The Compact Cabaret. Not wanting to neglect my love of spoken word, particularly drama and verse, I made the conscious decision to include these elements in the programme, as well as wonderful songs, to tell the story of women's changing status and preoccupations throughout the 20th Century and up to now. I was invited to audition for the renowned Cabaret Conference at Yale, run by the late legendary Erv Raible, and that was thrilled to be one of only 26 accepted that year, where I was taught by the masters of the genre. Amanda McBroom (composer of the Bette Middler hit "The Rose" and the poignant "Errol Flynn"), Laurel Massé, original member of Manhattan Transfer, Sally Mayes, Tony Award nominees Sharon McNight and Tovah Feldshuh, and New York cabaret veteran Julie Wilson were all on the faculty. We were also treated to the musical direction of Alex Rybeck, Hubert Tex Arnold and the now late Paul Trueblood. With the benefit of their insightful teaching and great encouragement, I took my show to The Duplex in New York, where I was delighted with the response. Since then, I have produced Loving London: The Capital Cabaret, using the same format of songs, poetry and drama, in various London venues, including Leicester Square Theatre and The Crazy Coqs. 2014, the centenary of World War 1, saw the launch of Wartime Women: the Khaki Cabaret to a sellout house at St. James Theatre, London, garnering great notices, including from The Times and Musical Theatre Review. I have since been touring the show to Belgium and throughout the UK. I hope these reviews and interviews entertain and educate at the same time, and if please do leave comments in the box. It's great to engage in a conversation about the Arts. Fiona-Jane Weston
View all posts by Fiona Jane Weston →
This entry was posted in Uncategorized and tagged cabaret, cabaret reviews London, Crazy Coqs, fiona jane weston, Julez Hamilton, Simon Loughton, Theo Jamieson. Bookmark the permalink.