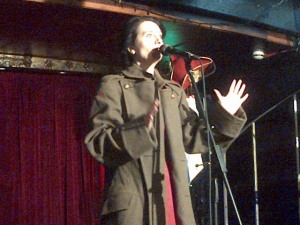 News on my own show Wartime Women: the Khaki Cabaret – where we are going next. 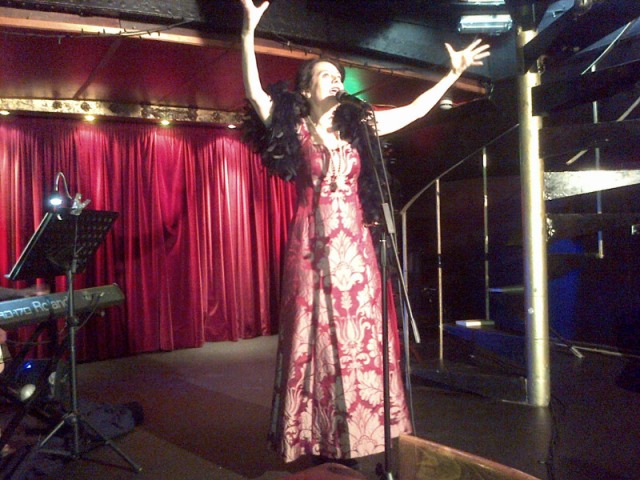 Wartime Women: The Khaki Cabaret – where we are so far:
Firstly, to all those who came to the St James Studio performance, thank you so very much! The studio holds 100 seats and keeps some space for standing, and there were at least 114 sold and the press had a job being squeezed in! The atmosphere was wonderful and I couldn’t have been more delighted.

It was fun to collaborate with Hannam’s Sweets too – many thanks to them for their tasty contributions to the raffles, and to Patrick Lambe for playing Jelly Baby General. I trust the real General would have approved.

The press response was good too. I was very fortunate to get The Times, as they will only very rarely review anything that plays for only one night in London, but felt justified in this case because I will be touring from September.  Here is a flavour:
“…energetically researched and performed with charm and wit..
Weston somehow maintains a light touch, imparting intriguing nuggets of information at every step..
Jacques Brel’s Marieke … with its dissonances and its mix of French, Flemish and English it makes an audacious addition to the First World War playlist…

pull(s) off the daunting challenge of turning tragedy into humour, the unspeakable into art..”

“..this versatile singer-actress-writer (she even threw in a bit of nifty dancing) immersed herself into this project for a year. It made for a hugely educational and rewarding evening…
..of the many items that brought a lump to the throat, Siegfried Sassoon’s poem ‘Hero’.. was especially moving
…found the humour that kept us going forward in those grim times.”

I should also mention that I have now been formally included in Theatre Record, a huge tome chronicling theatre pieces of note and their national reviews. It appears in libraries, mostly.

Also, Patrick and I performed some of Patrick’s comedy writing for The Actors Centre, Covent Garden in July. It’s been a while since we’ve done those works, so it was great to see that audiences still like them.

Tour
I have some dates booked both in Belgium and the UK over a few months, starting with a matinee at the Leatherhead Theatre on Friday 12th September. Straight after it, my lovely Musical Director Jen, Patrick and I will be driving down to Poperinge, near Ypres, to perform at TocH the following night.

Toc H, also known as Talbot House, was a retreat house established by the English clergyman Tubby Clayton during World War 1. The men staged their own concerts in the hop barn, so I feel particularly honoured to perform there.
Other dates so far are:

I have been busy meeting a lot of people – producers, investors, theatre programmers etc – as well as attending shows and writing reviews, and I am consequently in the middle of several conversations. I am hopeful of exciting things to come, and when things are clearer, I’ll let you know.

I am Fiona-Jane Weston and as well as being a performer myself (see website), I write reviews of and features on shows, mainly on the London cabaret and theatre scene. I have worked in theatre for many years, but decided to embark on a new direction in cabaret in 2009, when I produced 20th Century Woman: The Compact Cabaret. Not wanting to neglect my love of spoken word, particularly drama and verse, I made the conscious decision to include these elements in the programme, as well as wonderful songs, to tell the story of women's changing status and preoccupations throughout the 20th Century and up to now. I was invited to audition for the renowned Cabaret Conference at Yale, run by the late legendary Erv Raible, and that was thrilled to be one of only 26 accepted that year, where I was taught by the masters of the genre. Amanda McBroom (composer of the Bette Middler hit "The Rose" and the poignant "Errol Flynn"), Laurel Massé, original member of Manhattan Transfer, Sally Mayes, Tony Award nominees Sharon McNight and Tovah Feldshuh, and New York cabaret veteran Julie Wilson were all on the faculty. We were also treated to the musical direction of Alex Rybeck, Hubert Tex Arnold and the now late Paul Trueblood. With the benefit of their insightful teaching and great encouragement, I took my show to The Duplex in New York, where I was delighted with the response. Since then, I have produced Loving London: The Capital Cabaret, using the same format of songs, poetry and drama, in various London venues, including Leicester Square Theatre and The Crazy Coqs. 2014, the centenary of World War 1, saw the launch of Wartime Women: the Khaki Cabaret to a sellout house at St. James Theatre, London, garnering great notices, including from The Times and Musical Theatre Review. I have since been touring the show to Belgium and throughout the UK. I hope these reviews and interviews entertain and educate at the same time, and if please do leave comments in the box. It's great to engage in a conversation about the Arts. Fiona-Jane Weston
View all posts by Fiona Jane Weston →
This entry was posted in Features - Theatre and Cabaret News, Fiona-Jane Weston news and views and tagged Leatherhead Theatre, St james Studio, St james Theatre, Talbot House, Toc H, Wartime Women: the Khaki Cabaret. Bookmark the permalink.

1 Response to Wartime Women: the Khaki Cabaret – news so far