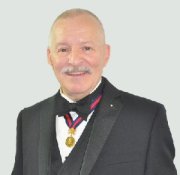 An important man in the cabaret world, Erv Raible, has died, aged 68, after struggling with a long illness. Fiona-Jane Weston remembers him in this obituary. 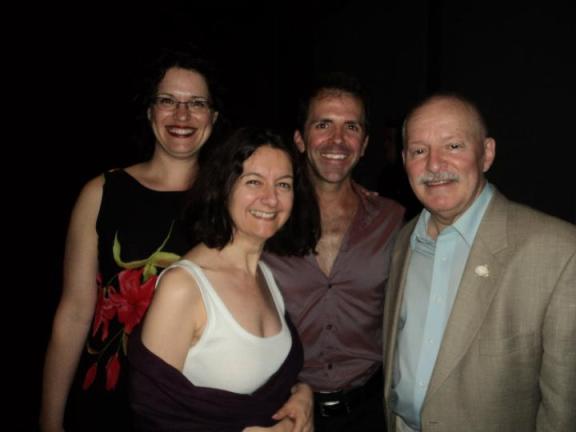 New York City based cabaret coach, director, publicist, consultant and talent representative, Erv Raible, has died of pancreatic cancer. His achievements are too numerous to recount here, so for a more comprehensive list, visit his website or see here.
Suffice it to say that he was the Artistic Director of the Cabaret Conference At Yale University, which developed in conjunction with the Yale School of Drama and the Yale Repertory Theatre. He owned and booked cabaret clubs Eighty Eight’s (1988-99), Don’t Tell Mama Piano Bar & Cabaret (1982-89), Brandy’s Piano Bar (1980-85), and The Duplex Cabaret & Piano Bar (1978-84), where I was able to perform in 2011.
He co-founded the Manhattan Association of Cabarets & Clubs, who bestow the MAC Awards, was the recipient of the 2004 Back Stage Bistro Award for Outstanding Director, and in 1989 received the Piaf d’Honneur from the French government for promoting, producing and directing cabaret internationally.

I hope to recall some personal memories and say something about his legacy in the form of the talent he nurtured and the love and respect of cabaret he left behind.

He was a wonderful teacher, sometimes hard taskmaster and tremendous encourager, but Erv’s greatest talent was his ability to spot potential in people coming from very different and disparate backgrounds. Whilst retaining great respect for the American Songbook, he was never one to be constrained neither by it nor the conventions of what is traditionally seen as good songbook cabaret in the U.S.

He released country and western, jazz and blues, classical, music theatre singers, artists using foreign languages, and indeed, British Music Hall performers to use their musical disciplines in a personal, individual and expressive manner, reaching directly to the audience to take them along the highs and lows of a journey with them.

To actors, for whom he had enormous respect, he gave permission to break away from the character the song was originally written for, and significantly, to throw off the fetters of the beautiful, well trained voice.

To pass the audition to get onto the International Cabaret Conference at Yale, the international teaching program which examined intensively the art of cabaret performance technique, and trained professionals for the live entertainment industry, you did not necessarily need to be an accomplished singer. Indeed, some very good singers were turned down. But you did have to have something to say, and to be articulate in expressing it.

“I’ll take someone with only five good notes and a lot to say over someone who has a fabulous voice and is brain-dead”  He was often saying that, or something similar.

He encouraged students and artists to not only perform, but to teach, spread the word and form supportive communities. He made sure people from different areas of the world, and from different disciplines, shared dormitories together. Amanda McBroom, composer of the Bette Midler hit “The Rose” and cabaret performer herself, said of him on her Facebook page:

“..He taught me that I could teach. He made me laugh. He made me think. He gave me Tovah Feldshuh for a roommate!..”

For those who don’t know, Tovah Feldshuh is a Tony-nominated Broadway and film actress. Both were teachers on the Yale programme.

When I began work on my first cabaret show, 20th Century Woman: the Compact Cabaret in 2010, I felt a burning, continuous and relentless sensation that I had to do that show and have it up and running by the following year. I said to my husband and friends: “It’s got to be now, NOW! It can’t wait!”. And I didn’t know why.

In 2011, after playing the show at the Battersea Barge and at The Pheasantry, I somehow heard of an audition at the Royal Academy of Music for the Yale conference. I applied, got an audition that I nearly turned down, but that’s another story. That audition changed everything. I didn’t realise at the time (probably just as well!) that auditions had been held all over the States, for two days in London, Jerusalem, and video auditions were submitted from all over the world. The teaching faculty was to include Amanda McBroom, Tovah Feldshuh, Manhattan Transfer singer Laurel Massé, comedienne Sharon McKnight,cabaret singer Sally Mayes, cabaret legend Julie Wilson, blues singer Pam Tate and MDs Alex Rybeck, Hubert Tex Arnold and Paul Trueblood.

He took 26 of us. I nearly couldn’t go. Erv personally authorised a scholarship. It turned out to be the last Yale programme.

Whilst there, I loved talking to Erv, sometimes over lunch, sometimes in the tutorial rooms. We discovered we had other interests in common, including a passion for Chinese as well as European history. I used to live in China and at one time spoke Mandarin quite well (rusty now, alas!). Erv housed a vast collection of Chinese antiques.

He loved British history and spent time in the home of Edward Vlll and Wallis Simpson in Paris – and had written a musical about them he wanted to produce.

He was fiercely protective of his own artistic heritage, railing against the destruction of certain parts of Tin Pan Alley and other locations of American musical history.

I was able to take the opportunity to stage 20th Century Woman: the Compact Cabaret in New York at The Duplex – one of his former clubs, though I didn’t realise that when I was booked. In the audience were Yale colleagues, including the wonderful Julie Wilson (which transformed my status within the club, I might add!), who was typically charming and generous, taking us out for a meal afterwards.

The last time I saw Erv was early in 2012, when he was coming to London and he made a special trip up to Market Harborough to see David Kent, Leanne Borghesi, Chloe-Jean Bishop (3 Yale students) and me perform a cabaret we put together up there. We were honoured and thrilled to see him.

Now, I pursue my own artistic path, creating cabarets that are unique to me and are a true reflection of my interests, passions and disciplines. I review and write about cabaret, with the confidence of knowing I have a sound grounding.

And, I know that my colleagues from my time in Yale, both staff and students alike, will remain friends for life. We keep in touch and support each other whenever possible, though we live far and wide.

Who knows what the future holds, but I am blessed indeed to have had Erv Raible prove so instrumental in my career, along with those of countless others. What a gift.

I am Fiona-Jane Weston and as well as being a performer myself (see website), I write reviews of and features on shows, mainly on the London cabaret and theatre scene. I have worked in theatre for many years, but decided to embark on a new direction in cabaret in 2009, when I produced 20th Century Woman: The Compact Cabaret. Not wanting to neglect my love of spoken word, particularly drama and verse, I made the conscious decision to include these elements in the programme, as well as wonderful songs, to tell the story of women's changing status and preoccupations throughout the 20th Century and up to now. I was invited to audition for the renowned Cabaret Conference at Yale, run by the late legendary Erv Raible, and that was thrilled to be one of only 26 accepted that year, where I was taught by the masters of the genre. Amanda McBroom (composer of the Bette Middler hit "The Rose" and the poignant "Errol Flynn"), Laurel Massé, original member of Manhattan Transfer, Sally Mayes, Tony Award nominees Sharon McNight and Tovah Feldshuh, and New York cabaret veteran Julie Wilson were all on the faculty. We were also treated to the musical direction of Alex Rybeck, Hubert Tex Arnold and the now late Paul Trueblood. With the benefit of their insightful teaching and great encouragement, I took my show to The Duplex in New York, where I was delighted with the response. Since then, I have produced Loving London: The Capital Cabaret, using the same format of songs, poetry and drama, in various London venues, including Leicester Square Theatre and The Crazy Coqs. 2014, the centenary of World War 1, saw the launch of Wartime Women: the Khaki Cabaret to a sellout house at St. James Theatre, London, garnering great notices, including from The Times and Musical Theatre Review. I have since been touring the show to Belgium and throughout the UK. I hope these reviews and interviews entertain and educate at the same time, and if please do leave comments in the box. It's great to engage in a conversation about the Arts. Fiona-Jane Weston
View all posts by Fiona Jane Weston →
This entry was posted in Features - Theatre and Cabaret News and tagged 20th Century Woman: the Compact Cabare, Amanda McBroom, Erv Raible, fiona jane weston, International Cabaret Confernce at Yale, Julie wilson, The Duplex Cabaret Club and Piano Bar, Tovah Feldshuh. Bookmark the permalink.